The Ginza district in central Tokyo has a special importance for Seiko. It was where the company’s founder, Kintaro Hattori, opened a shop selling and repairing clocks and watches in1881, when he was just 21 years old and, today, Ginza is still where the company is located. For more than 120 years, a Seiko clock in Ginza has kept Tokyo on time. Today, the Seiko clock looks down on Ginza’s most famous crossroads from the roof of the Wako store where one of the world’s largest Seiko flagship stores is located. Nearby are other Seiko establishments, including the Seiko Museum, a boutique dedicated to Seiko Prospex and Seiko Dream Square, where people can experience each collection’s rich heritage and the unique worldview of Seiko.

In celebration of Seiko’s 140th anniversary and its long association with Ginza, two limited editions are today introduced into the Prospex and Presage collections which capture both the classic and modern faces of Ginza. Both creations have dial patterns that echo the district’s traditional cobblestone streets but are in a blue-gray tone that also evokes the contemporary feel of the many modern and architecturally interesting buildings which define Ginza today. Heritage and modernity. History and progress. These two creations capture the essential characteristics of today’s Seiko. 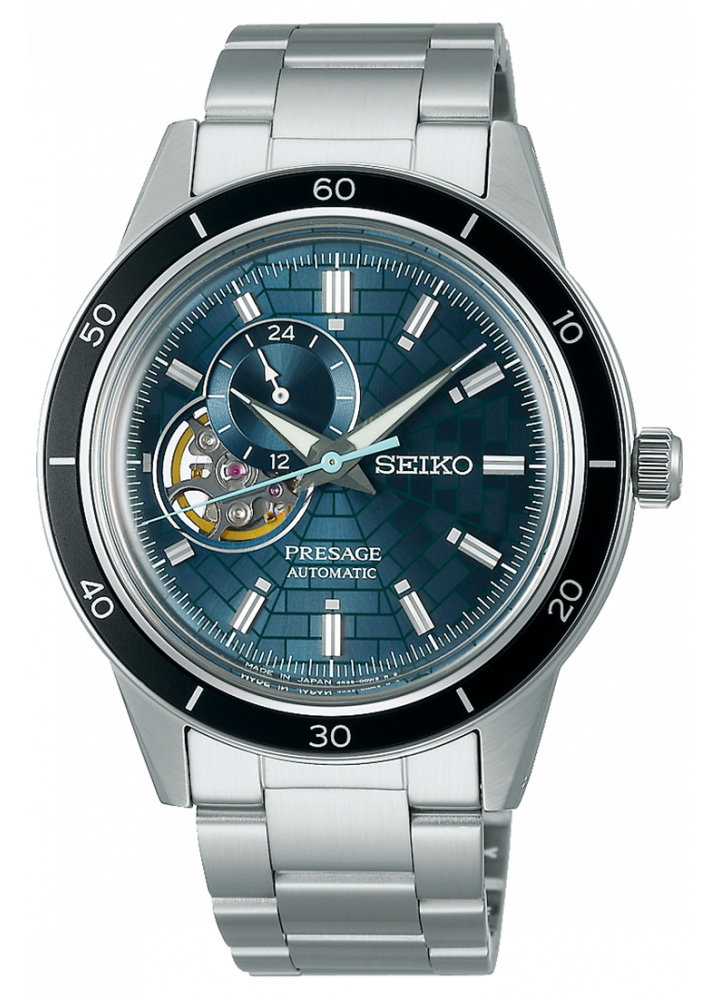